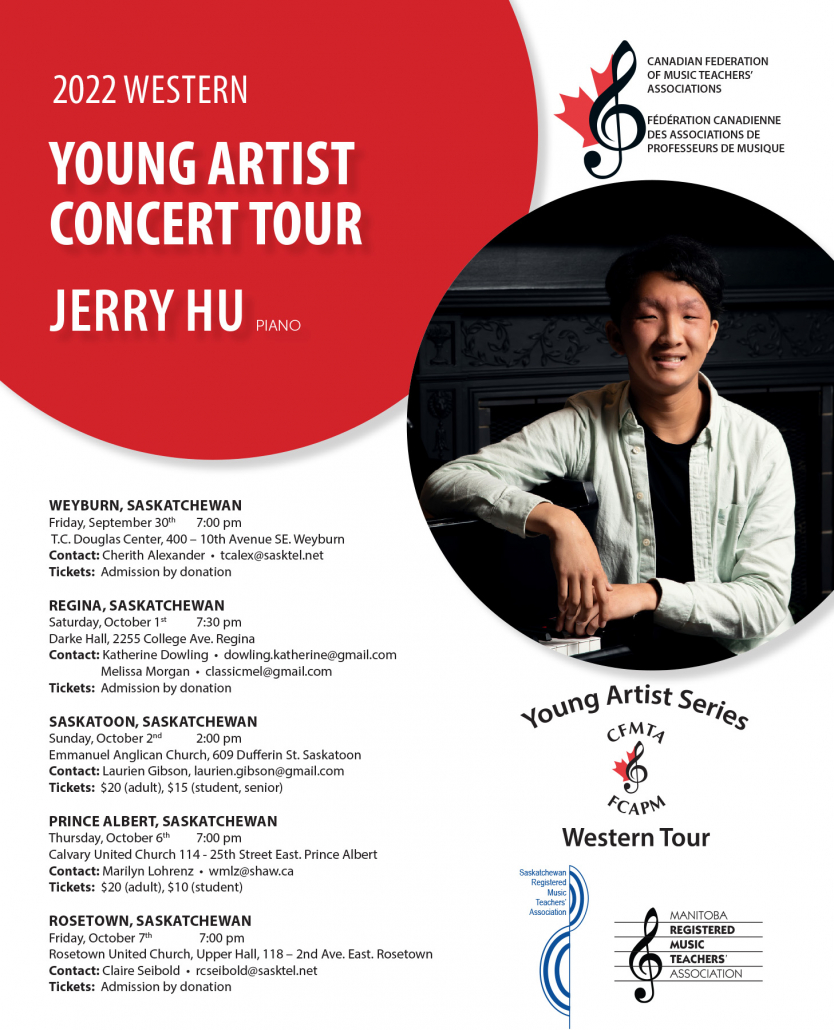 Jerry Hu is a seventeen-year-old high school student living in Saskatoon, where he studies piano with Bonnie Nicholson. He has studied music for 13 years, since the age of 4. In addition to piano, Jerry also studied violin (Grade 9 RCM) and participated in the Saskatoon Youth Orchestra.

Jerry has received many awards for his piano performances, including RCM gold medals for his Grade 9 and 10 exam marks and the First Place Prize in the Lyell Gustin Competition (2020). He represented Saskatchewan in the FCMF National Competition (2019) where he received Second Place in the Piano Category. Among the many other awards and scholarships for his Music Festival participation, Jerry was chosen as the top Senior Pianist at the 2019 Provincial Saskatchewan Music Festival and won the Senior Excellence Piano Award in 2021.

In August of 2019, Jerry competed at the Canadian Chopin Competition in Toronto, where he performed as one of 24 Junior Semi-Finalists. In Summer 2020, he enjoyed attending the Curtis Young Artists Summer Program (online).

In February of 2021, Jerry won the Shurniak Concerto Competition (virtual). In November of 2021, Jerry performed Beethoven’s Concerto in C minor in his orchestral debut with the SSO, conducted by Nicholas Ellis. Jerry will perform with the RSO in March of 2023.

Jerry has taken masterclasses and lessons from renowned pianists such as Jan Lisiecki, Ian Parker, Peter Miyamoto, and Natalie Zhu.